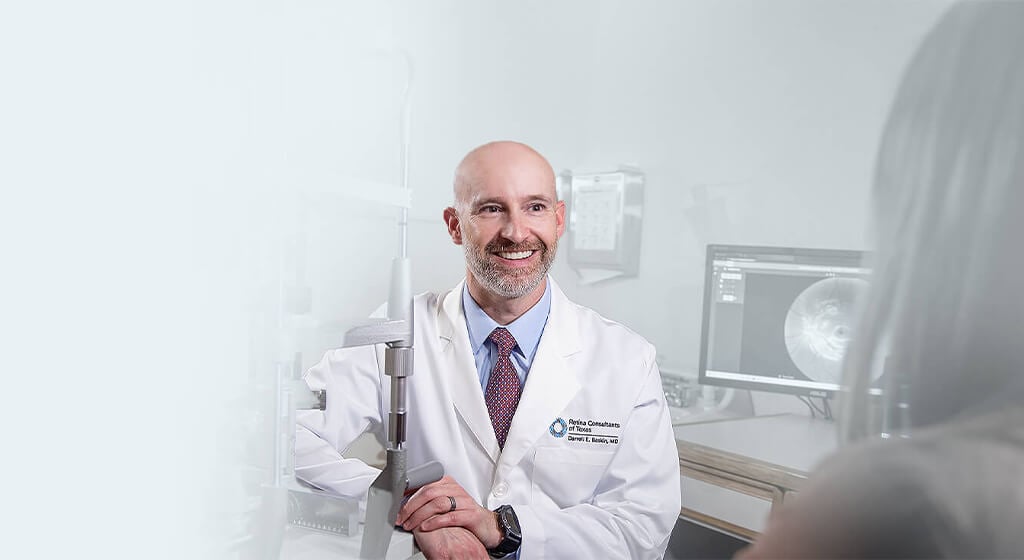 What is Idiopathic Parafoveal Telangiectsasia (PFT)?

Light enters the eye and is focused onto the retina, the light-sensing part of the eye. This information is transmitted through the optic nerve to the brain where it is interpreted as the images you see. The macula is the part of the retina responsible for central vision, and the fovea is the center of the macula responsible for sharp detail vision used in reading and driving. Small blood vessels called capillaries supply the macula with oxygen and nutrients.

Parafoveal (para = near or beside), also known as perifoveal (peri = around) telangiectasia or macular telangiectasia is an uncommon disease in which the capillaries and small blood vessels surrounding the fovea are abnormal and can cause visual loss.

In most cases, PFT affects both eyes, although one eye may be more significantly affected. In some cases, the capillaries may leak, causing an accumulation of fluid called macular edema that can cause further decrease in vision. In other cases, abnormal blood vessels may grow, a process called choroidal neovascularization, which can leak fluid or blood into and under the retina, leading to scarring of the central retina and ultimately, loss of vision if left untreated.

Our board-certified retina specialists at Retina Consultants of Texas can diagnose and manage the care of idiopathic PFT patients.

Both men and women are at risk for developing parafoveal telangiectsasia (PFT). It is most common in people who are middle-aged or older, with an average age of onset of 55 years. Some patients with PFT have high blood pressure or diabetes. Others might have received radiation to the head or neck as part of cancer treatment. In most cases however, the cause is unknown (idiopathic) with no clear connection to other diseases.

The most common symptom of PFT is gradual, progressive blurred central vision in one or both eyes. Other symptoms such as distorted vision or “blank spots” may occur. In some cases, PFT can cause a sudden decline in central vision.

Depending on the type and stage of PFT as well as the possible development of secondary choroidal neovascularization, treatment may include injection of anti-vascular endothelial growth factor (anti-VEGF) medications (Lucentis, Avastin, or Eylea) or rarely, laser photocoagulation. Because PFT rarely causes severe vision loss, many cases are treated with close clinical observation.