Posted on January 4, 2023By Retina Consultants of Texas

On November 10, 2022, Retina Consultants of Texas presented a virtual CE webinar on “What’s New in Retina Research.” Focusing on some of the most common and serious retinal conditions faced by our patients, the doctors of RCTX discussed the evolution of retinal care, as well as current clinical trials and potential future treatment modalities.

Dr. William Pearce opened the show with a discussion of the pathophysiology of neovascular age-related macular degeneration, or wet AMD. To illustrate his presentation, he focused on two recent cases of wet AMD in patients of different ages with different risk factors and symptom manifestations.

In Wet AMD cases, he explained how the presence of drusen in the retina can lead to an inflammatory immune reaction, which in turn leads to an overexpression of vascular endothelial growth factors (VEGF) – the signal protein that triggers the growth of new blood vessels. Dr. Pearce illustrated how VEGF overexpression ultimately triggers the process of angiogenesis in the choroid. Angiogenesis caused new blood vessels to erode their way into the retinal pigmented epithelium (RPE) and subretinal space.

From there, he touched base on the primary management techniques utilized for patients with wet AMD, which include AREDS2 supplementation and modifications of specific risk factors, primarily cigarette smoking, obesity, and hypertension. Dr. Pierce finished with a description of anti-VEGF injections, describing them as the workhorses of retinal care.

Dr. Charles Wykoff, Director of Research at RCTX and the Texas Retina Research Foundation (TXRRF), spoke about the current research endeavors for wet AMD that were the most exciting. While blocking VEGF has been the primary form of treatment for about 20 years, new clinical research is focusing on what else can be targeted when treating macular degeneration. Dr. Wykoff discussed how different drugs in various trials are being used to target specific types of VEGF.

He also spoke about the strides made in gene therapy for retinal care, which involves taking viruses and re-programming them to create a factory inside a patient’s eye so that the eye itself produces the anti-VEGF medication long-term. Using data from these clinical trials, he showed that some patients had experienced continued improvement even after three years.

Lastly, he talked about some exciting new research for an oral medication that could potentially be prescribed for patients with high-risk AMD. This oral medication focuses on inhibiting the complement system, which is a part of the immune system that boosts the ability to remove damaged cells from an organism. The medication could potentially decrease a patient’s progression into wet AMD or geographic atrophy.

Dr. Wykoff’s presentation transitioned smoothly into Dr. Gary Lane’s, which was focused on the extreme form of Dry AMD -- geographic atrophy. Using a case study from one of his patients, Dr. Lane discussed how geographic atrophy is a condition that grows relentlessly year after year. He showed several slides that illustrated how increasing lesions spread over time. He then touched on how about 20% of AMD patients develop geographic atrophy and discussed some of the main clues to look for when diagnosing it.

Dr. Lane concluded his presentation by saying that ophthalmologists and optometrists should consider referring every patient with geographic atrophy to a retina specialist because of the high number of clinical trials available offering a viable path for treatment.

Next, Dr. Kenneth Fan gave a thorough explanation of diabetic retinopathy and diabetic macular edema using two case studies from recent patients. Both patients presented with blurry vision and some risk factors for diabetic retinopathy, but their initial images didn’t reveal anything particularly pathological. Once Dr. Fan performed more in-depth imaging tests, he discovered in advanced signs of proliferative diabetic retinopathy (PDR) in one case. In the other case, the patient also had diabetic macular edema. In both cases, Dr. Fan stressed the importance of referring patients with these signs as quickly as possible.

Dr. Wykoff explained how the best way to treat diabetic retinopathy and diabetic macular edema is to intervene early, especially for asymptomatic patients who have high-risk NPDR. While anti-VEGF injections can be helpful for these patients, many asymptomatic patients are very wary of having eye injections. Dr. Wykoff talked about one medication currently being researched that comes in the form of an eyedrop, which would be particularly appealing to these patients. He also touched on other clinical trials for diabetic retinopathy treatment, including suprachoroidal delivery, stem cells, and gene therapy.

After concluding the final portion of the presentation, Dr. Wykoff opened the floor for discussion, reiterating once again how passionate RCTX is about retina research. Dr. Rosa Kim, Dr. Tien Wong, Dr. Eric Chen, and Dr. Effie Rahman all offered their final thoughts on how exciting current research is.

We invite you to watch the full video of our “What’s New in Retina Research” presentation on our YouTube channel. To attend Retina Consultants of Texas’s next CE Zoom event, please register here for updates. 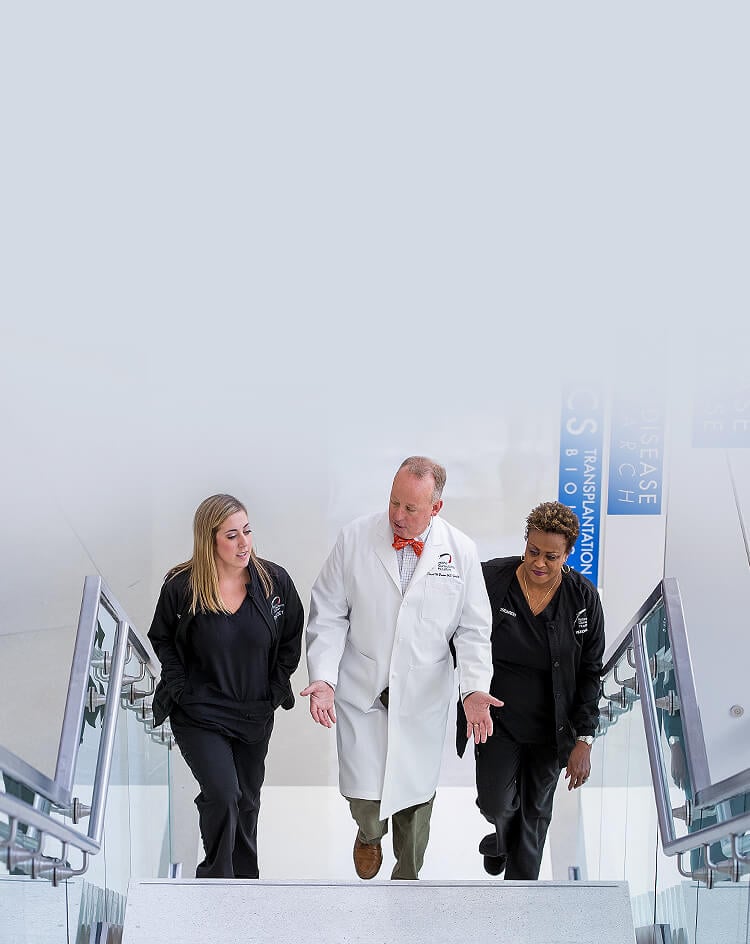